Use one of the services below to sign in to PBS:

You've just tried to add this video to My List. But first, we need you to sign in to PBS using one of the services below.

You've just tried to add this show to My List. But first, we need you to sign in to PBS using one of the services below.

Get extended access to 1600+ episodes, binge watch your favorite shows, and stream anytime - online or in the PBS app.

You may have an unactivated WGCU Passport member benefit. Check to see. 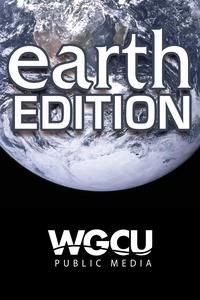 Earth Edition focuses on diverse and unique natural world of Southwest Florida. Topics include a deep commitment to the Gulf of Mexico, mangrove forests, ecotourism, Everglades restoration and more. Our most recent productions were a series of shows titled "Water Woes." Produced from 2003 to 2006, the programs received Emmy nominations and won Telly awards.

Show WGCU your support by becoming a member